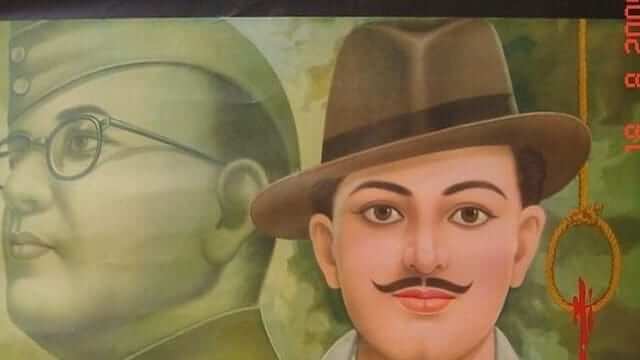 Famous Leaders of India: India: India is one of the luckiest country in the world where yo can find one of the greatest leader from the each region, who serves them self totally and sacrifices also without thinking twice.

Just every Indian have an oath that “We proud to be an Indian” and its work as slogan which repeats every second in each Indian heart and mind. Today whatever we are its because of only those super leaders who sacrifices their lives and dedicated to the nation.

Mohan Das Karamchand Gandhi commonly known as Mahatma Gandhi was born on 2nd of October 1869 in Porbandar, Gujarat as one of the greatest fighter known also as father of the nation. He fought for the freedom of India, professionally a lawyer and believed to fight without violence.

India got independence successfully through the British rules according to the inspiration of his non-violence decision. He died on 30th of January 1948 through Nathu Ram Godse’s shot by gun.

Mr. Nehru used to love children that’s why we celebrated children day every year in India. Jawahar Lal Nehru was died on 27th of May 1964 in New Delhi due to some health issues.

Commonly known as Nightingale of Hindustan was born on 13th of February 1879 in Hyderabad. Sarojini got this nickname due to her great contribution in the world of poetry as she also used to write mind boggling poets. Sarojini was the first Indian women who became the president of Indian National Congress.

Naidu was an Indian political activist who struggled for the freedom of India. She was died on 2nd March 1949 in government house of Lucknow due to cardiac arrest.

His full name is Avul Pakir Jainulabdeen Abdul Kalam was born on 15th of October 1931 in Rameswaram Tamil Nadu. Kalam was an aerospace scientist and 11th president of India who served their services since 2002 to 2007. He was a great scientist whose IQ was 147 and he received Padma Bhushan Award in 1981,

Padma Vibhushan Award in 1990 and highest civilian honour Bharat Ratna Award in the year of 1997, was also known as “Missile Man” for his great contribution in the development of ballistic missile and launch vehicle technology. He died on 27th of July 2015 in Shillong due to cardiac arrest.

Mary Teresa Bojaxhiu commonly known as Mother Teressa was born on 26th of August 1910 in Skopje which is now the current capital of North Macedonia. In her life she gave a huge service to the nation and became one of the greatest public figure commonly called as sister Teressa.

Indira Priyadarshini Gandhi commonly known as Indira Gandhi was born on 19th of November 1917 in Prayagraj. An Indian Politician and the first female prime minister of India and served her services since the year of 1966 to 1977. Indira was the daughter of Pandit Jawahar Lal Nehru who was the first prime minster of India.

Indira was a central figure of Indian National Congress. She also used to believe non violence rules and follow this rules she did many sacrifices for and dedicated herself totally for the improvement of India. Died on 31st of October 1984 in New Delhi as she was killed by two Sikh bodyguards Satwant Singh and Beant Singh.

Bhimrao Ramji Ambedkar commonly known as Babsaheb Ambedkar was born on 14th of April 1891 in Delhi. An Indian Jurist, economist, politician, one of the greatest lawyer among all over the world, as he was appointed for free India’s first law minister and chairman of the committee.

Bhimrao served himself to the nation and contribute an important role for the independence of India. Bhimrao Ramji Ambedkar died on 6th of December 1956 due to some health issues in his own house Delhi.

Sardar Vallabhbhai Jhaverbhai Patel commonly known as Sardar Patel was born on 31st of October 1875 in Nadiad Gujarat. Professionally he was an Indian lawyer and influential political leader who served his great services for the freedom fight movement of India.

Patel was the first deputy prime minister and first home minister of Hindustan. He was also the senior leader of Indian National Congress. He was died on 15th of December 1950 at the age of 75 years due to heart attack in Bombay.

Commonly known as Keshav Gangadhar Tilak, Lokmanya Tilak born on 23th of July 1856 in Chikhali, Maharashtra. Tilak was an Indian freedom fighter, philosopher, mathematician, scholar, writer and a teacher also. Tilak got this title “Lokmanya” for the respect and love given by the public of India as he was one of the powerful man of Hindustan.

Got a name “Maker of modern India” by Mahatma Gandhi because Tilak dedicated himself for the Independence of India. As believed that freedom is important for the development of the Country. He was died on 1st of August 1920 due to illness at Bombay.

Commonly known as Shekhar Azad and full name Chandrashekhar Tiwari was born on 23th of July 1906 in Bhavra, Madhya Pradesh. Azad was an Indian revolutionary and organized a band of militant youth during the fight for the freedom of Hindustan.

Chandra Shekhar Azad was one of the youngest freedom fighter of the country. He participated in several violent crimes and later on 27th of February 1931, he shot himself on his head because he fought with British police and he vowed before shot that he more like to kill himself in compare to killed by any British police’s hand.

Freedom 251: Do You Know The Scammers Collected a Huge Amount

1 thought on “Famous Leaders of India: Freedom Fighters who Sacrificed for the Country”