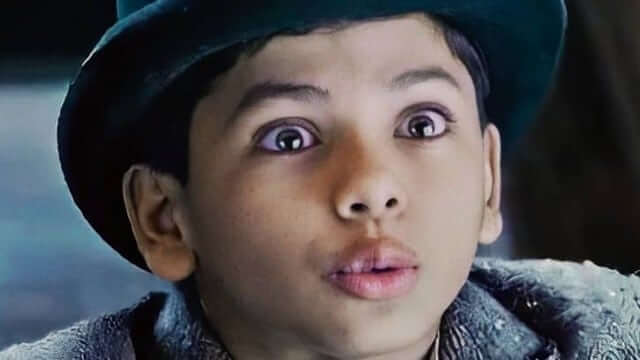 Highest Budget Movie in Bollywood: In this article, we will tell you about the top 10 most expensive movies of all time. We always get to know only about the movie’s earnings, but it would be more exciting to be familiar with the operating expenses.

Currently, movies are more than extra expensive as compared to the previous year’s low-budget film. In this blog we are going to explain you in brief about every little details consideration in movie making, whether it’s the fees of actor, actress, co-stars, camera-man, or video editors.

So we are going to start with number 10.

It was one of the highest budget movie of bollywood released in the year of 2013. Dhoom 3 is a Hindi language action- thriller movie which is produced by Aditya Chopra under the direction of  Vijay Krishna Acharya. In this movie you can see Amir khan in a twin role. Katrina Kaif is in a lead role, Uday Chopra and Abhishek Bachan as Ali khan and ACP Jai Dixit from Mumbai crime branch respectively, are the lead role in this movie. Also there is a small role of Jackie Shroff as Iqbal Haroon Khan as he is the father of Amir Khan in this movie.

Highest Budget Movie in Bollywood: Our next movie on the list is Baahubali: In the beginning this movie is entirely a fiction action movie, released in 2015 directed by S.S. Rajamauli and produced by Shobu Yarlagadda and Prasad Devineni. In this movie Prabhas played the lead role as Amarendra Bahubali. His father name was Mahendra Baahubali and as a father prabhas played these both roles. Rana Duggabati as Bhallaldeva, Anushka Shetty as Devasena, Tamannah as Avanthika, Ramya Krishnan as Shivagami, Sathyaraj as Kattapa and Nassar as Bijjaladeva.

With amazing visual effects, this movie broke many records, and at the same time, it made many new records. Baahubali movie is the highest budget movie at that time in India as well for South Indian cinema. This movie budget was ₹180 crores and after released it earned around ₹650 crores in the world box office. Then it becomes the world’s third-most earned movie on that year.

movie, with its director, the visual effects team awarded with many awards. At the end of this movie, you’ll get a deeper suspense which will be cleared in Baahubali 2.

This movie was released in the year of 2018 in a Hindi language. Romantic comedy film directed by Aanand L. Rai and written by Himanshu Sharma produced by colour yellow production. Shahrukh Khan, Anushka Sharma, Katrina Kaif are in the lead role in this movie. This movie was counted as Shahrukh Khan’s most expensive movie made with a budget of ₹200 crores. Red chillies won the award for best visual effects, which had team upped with colour yellow productions for producing this movie.

Besides this, Shahrukh Khan earned the award for best actor, and Katrina got best supporting actress awards. This movie didn’t do well in the Box office and reached only ₹191 crores.

This was the highest budget Movie of Tollywood. Sye Raa Narasimha Reddy was a Telugu language based historical action movie. It’s budget was of ₹ 200 crores, directed by Surender Reddy and produced by Ram Charan. This movie was enthused by Uyyalawada Narsimha Reddy, an independence Activist from Rayalaseema of Andhra Pradesh. It shows the hard work of Narasimha Reddy, who fought for the slaughter made British East India company.

This movie was released on 2nd of October 2019 in a multiple languages like Hindi, Kannada, Malayalam and Tamil. But the film was not successful as thought. The total budget of this film was ₹ 200 crores. Despite this manages to collect ₹ 240 crores.

Highest Budget Movie in Bollywood: Tiger Zinda hai has released in the year of 2017, which is a Hindi language action – thriller based film. This movie is the sequel of Ek Tha Tiger, released in 2012. It was directed by Ali Abbas Zafar and produced by Aditya Chopra. The leading characters are Salman Khan and Katrina Kaif.

This movie is among the most expensive Hindi film, with a budget of ₹ 210 crores. This movie manages to collect ₹ 565 crores globally.

It is a Hindi language based movie which was initially supposed to release on 1st of December 2017, but due to various controversies, it was released on 25th of January 2018. This movie is starring Deepika Padukone as Queen Padmawati, Ranveer Singh as Alauddin Khilji, and Shahid Kapoor as Maharawal Ratan Singh.

Due to its controversies this movie was not released in some states. It still made it to reach ₹ 585 crores with a whopping budget of ₹ 215 crores.

This movie was released on 2018 in IMAX, 4DX during the week of Diwali. This movie is an action-adventure based film produced by Aditya Chopra and directed by Vijay Krishna Acharya and features Amitabh Bachan, Amir Khan, Fatima Sana Shaikh, and Katrina Kaif.

Meanwhile, Audiences disliked the weak story, screenplay, and Acharya’s direction. This is the reason that this movie didn’t achieve well at the box office. It only handled to get merely ₹ 335 crores with a production rate of ₹ 220 crores.

Released in IMAX and 2D, this makes the first Telugu movie to be released in 4K format high definition video. This movie is the sequel of Baahubali: The Beginning released on 28 April 2017. All the castings are the same as Baahubali cause this is a sequel.

This movie exceeds PK in terms of the highest-grossing Indian film of all time, and it became the first-ever Indian film to cross ₹ 10 billion in just 10 days of its release. Its box office collection was massive ₹ 1,810 crores with just ₹ 250 crores budget production.

Saaho, which means let victory be yours, is a 2019 movie featuring south Indian Superstar Prabhas and Bollywood actress Shradha Kapoor. This Film is an action thriller and a crime movie directed by Sujeeth and produced by Vamsi Krishna Reddy and Pramod Uppalapati.

Highest Budget Movie in Bollywood: So here we reached at India’s most expensive movie of all time, 2.0. It’s the sequel of south Indian movie Robot (Enthiran), which was written and directed by S.Shankar and produced by Shubaskaran. You can see south superstar Rajnikanth as chitti and Vaseegaran, alongside Akshay Kumar As Pakshi Rajan, Amy Jackson as Nila.

Created at an estimated cost of ₹ 570 Crores, which makes this film India’s most expensive film. It crossed ₹ 520 crores and touched almost ₹ 800 crores. This movie was a hit film on that year. The visuals effects are awe-inspiring, acting of the stars are remarkable.

1 thought on “Highest Budget Movie in Bollywood: Most Expensive Movies of All Time”