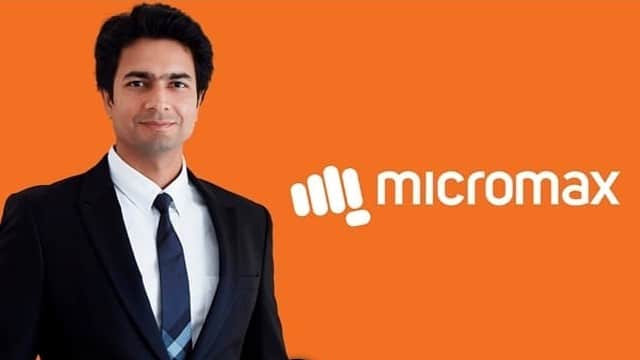 Micromax Company manufactures smartphones and consumer electronics. Founded in the year of 1991 by Rajesh Agarwal after then Rahul Sharma joined it, later Sumeet Kumar, and Vikas Jain also joined in 1999.

In starting period this brand was established as an IT Software company specializing in the embedded devices domain (developing embedded boards like Raspberry PI, etc).

Company never thought to make and sell mobile phones because it was originally formed to supply computer hardware to the companies like Dell, HP, and Sony. But later then it entered the mobile handset business.

So, the question is, how Micromax started making phones?

The credit of initialization of phone making goes to Micromax co-founder Rahul Sharma. One day, Rahul Sharma saw a PCO (or public call office) powered by a battery from the truck because of frequent power cuts in its locale. Later truck driver said that he actually gets paid for driving not for lightning and battery.

This incited him to launch a long-life battery phone in the market, realizing the need of the people. He convinced his partners that it is the right time to make a grand launch in the mobile phone industry.

So, Micromax launched its first mobile with a month-long battery backup, the Micromax X1i phone. Phone got a huge hit and became very popular in all over the country in 2008.

Micromax adopted everything which required him to establish himse. lf as a serious competitor in the mobile phone industry. As a result, they released several advertisements with famous Bollywood stars like Akshay Kumar and Twinkle Khanna. Moreover, they signed a Hollywood star, Hugh Jackman, to advertise their brand.

First, known for mobile handsets and then Micromax expanded its portfolio in the consumer electronics segments, it started to produce Televisions, Air Conditioners, Refrigerators, and Washing Machine.

Micromax has learned a lot from his previous age, and now, he made a comeback with the IN smartphone.

YU Televentures was an Indian Consumer electronics brand. Cyanogen Inc and Micromax Informatics Limited created it on 18 December 2014 as a sub-brand of Micromax. When the CyanogenMod developer group discontinued the Cyanogen OS in December 2016, Micromax co-founder Rahul Sharma owns a 99% controlling stake in YU.

Rest 1% is held by two other co-founders Vikas Jain and Sumeet Arora. Later YU Sub-Brand was discontinued. This sub-brand makes Mobile Phones (YU Yureka Note, YU Yuphoria, etc.), Health Devices ( YUfit, HealthYU, etc.), and many other things like YUpix (portable mobile printer), Jyuice (a power bank with a capacity of up to 10000mAh).

Micromax entered the tablet market with this feature-packed Funbook series. This series offers an HD display, fingerprint sensor, Snapdragon processor, up to 18 GB of RAM, and runs on Android one.

Micromax launches two Windows-based phones, Canvas Win W121 and Canvas Win W092, in June 2014, partnered with Microsoft. In 17th of June 2015, Micromax launched Canvas Sliver 5, which was claimed as the slimmest phone in the world.

Canvas Knight A350 and Canvas A1

In 2014, Micromax launched its first eight-core flagship Smartphone, Canvas Knight A350, for the Russian market and Canvas A1 with Android 1 in September.

Reasons for the failure of Micromax Company

As we all know, any type of marketing is highly competitive, whether it is a smartphone company or another. It requires you to stay updated to keep your marketing goods a step ahead of this competition. Many factors lead the Micromax company to fail. The primary reasons for its downfall are Reliance telecom’s Jio 4G and the Chinese smartphones company.

The first mistake of Micromax company starts with the coming of jio; when jio launched its 4G services, there were barely some people who have 4G ready smartphones.

Before 4G, 2G or 3G phones had great majority, but after the launch of Jio, most people started to shift with the free Jio services, and for doing so, they need a 4G phone to avail the benefits of Jio 4G. On that time Micromax was primarily operated only 3G services.

Their first mistake was that they did not invest in the 4G market when needed. They missed the time for an upgrade and lagged behind. The gap of missing 4G technology was taken by the Chinese Smartphone companies like MI, Oppo, Vivo, etc. The Chinese smartphones started to give better performance and features at a very satisfying value, which was the second major factor to ruin this company.

..the opportunity and huge consumers in India and decided to enter the Indian market. These companies provided incentives to retailers in order to promote and sell their products.

The third reason for the downfall was not focusing on innovation and the development of technology. Micromax always preferred quantity over quality. But Chinese companies were experts in both hardware and software, and they well know what their customers need.

And that’s the reason that company exists in name only. But the co-founder Rahul Sharma received some chance from the government of India by the Slogan Vocal for Local and supporting Indian products due to the backlash of China. Micromax has a plus point because they can easily follow the Made in India rule if they want to or are series to their customers.