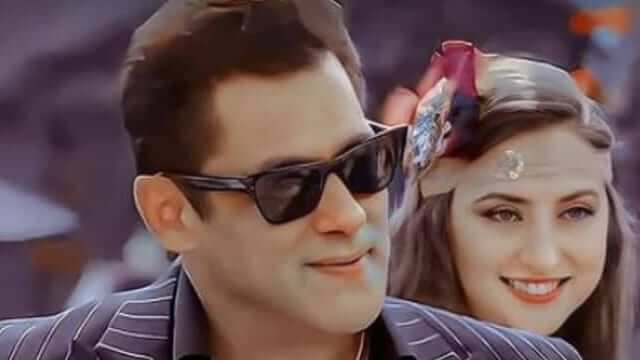 Salman Khan full name is Abdul Rashid Salim Salman Khan born on 27th December 1965 in Mumbai, Maharashtra. An Indian actor who are basically famous for his handsome looks and his acting in various movies.

He is a producer, singer, painter and television personality who worked in hindi films in the bollywood. He has lots of fan followers in india as well as in the whole world. His fans commonly call him with love Sallu Bhai, Salman Bhai, Tiger and Bhai Jaan.

He is one of the famous actors of Bollywood and a successful personality. Salman Khan spent approximate 30 years in the industry and won many more rewards like National Awards, Film fare Awards for his good acting. Salman entered in the Bollywood in 90s when there is lot of competitions in the industry, but he take his place and got fame for yet. He is also the host of famous reality show Big Boss since 2010. He is one of top most paid actor of Bollywood.

His father name is Salim Khan and mother name is Sushila Charak later she named Salma Khan. He has two brothers Arbaz Khan and Sohail Khan and Two Sisters Alvira Khan Agnihotri as one of his sisters is adopted whose name is Arpita. Salman Khan loves his family very much.

He gave some of not forgettable films which were super duper hit in 90s.

Salman Khan is a Brand Ambassador of many things like a soft drink Mountain Dew, Travel Website Yatra.Com, Suzuki Motorcycles, Relaxo Hawaii, Detergent Powder Wheel, Gum Chloromint, Jewellery Brand Sangini, Innerwear Dixcy Scott, Britania’s Tiger Biscuit and many more. As he is the founder of an NGO also Being Human.

His Net Worth estimated around $ 360 Million (Rs. 2304 Crores in Indian Rupees), which he earned through lots of movies and brands.

He is living with his family in a luxurious apartment, Galaxy Apartments which are located in Galaxy Apartments, Byramjee Jeejeebhoi Road, Bandstand, Bandra West, Mumbai- 400050. Outside his house there are lots of fans standing to see a one sight of Salman Khan as his fans loves him most. Salman Khan believed to live simple livelihood as he also spread loves among his fans. He is a great lover of cars and bikes as he has lots of collections of cars and bikes.

Some of his collection listed here:

1 thought on “Salman Khan Net worth: Do you know about this Interesting Fact”