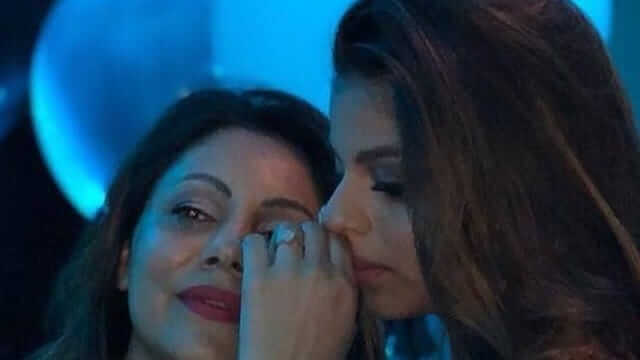 Shahrukh Khan Wife: We are going to talk about the king of bollywood Shahrukh Khan and about his beautiful wife, as Shahrukh Khan commonly known as King Khan and SRK. He always remains in discussions in the news as he is one of the finest actors in Indian cinema.

From television to films, wherever Shahrukh has stepped his foot, he succeeded in what he wanted.

Shahrukh Khan was born in a middle-class family on 2 November 1965 in Delhi. His father Meer Taj Muhammad Khan, was a businessman, and her mother, Lateef Fatima, was a magistrate and a social worker. Khan has no brother but an elder sister Shahnaz Lalarukh.

SRK married Gauri Chibber in 1991 and have two children Aryan Khan and daughter Suhana Khan. But Shahrukh wanted one more child, so both of them decided to adopt a child by surrogacy.

So, Namita chibber, sister-in-law of Gauri Khan, gave birth to Abram Khan by surrogacy. Here, Namita was only a surrogate that only gave birth to AbRam; the real mother of AbRam is Gauri.

Born in Delhi as he was a brilliant student and an all-rounder in St. Columbus’s school. He also won the prestigious “Sword of Honour” in his school. He graduated with honors in Economics from Hansraj College and completed his masters in Mass Communication from Jamia Milia Islamia. After completing the study, he went to learn theater.

Shahrukh Khan has a significant fan following not only in India but also in Asia and other countries. It is considered the most successful person globally in terms of income, net worth and fan following.

Early in his career, when he started his acting career in Bollywood with Fuaji as his first film debut. Khan began to get anti-hero films like Baazigar and Darr. For Darr movie, he received a nomination for the Film fare Award for Best Performance in a Negative Role but lost to Paresh Rawal Sir.

2004 was a commercially successful year for Mr. Khan. He transformed Dreamz unlimited (in collaboration with Juhi Chawla and director Aziz Mirza, he created Dreamz unlimited production company) to Red Chillies Entertainment, making his wife Gauri as a producer. Movie “Main Hoon Na” was the company’s first produced movie under the direction of Farah Khan.

With a record number of best actor awards and numerous trophies, Khan has come a long way since then with a string of super hits movies in which some of them are both domestic and international success.

Gauri Khan or Gauri Chibber (before marriage), born on 8 October 1970, belongs to a Hindu Punjabi family. Her mother Savita and father Colonel Ramesh Chandra Chibber had raised Gauri in Delhi. She completed her schooling at Loreto Convent School and intermediate from Modern School Delhi and graduated with B.A (Hons.) from Lady Shri Ram College. She also studied a six-month fashion designing course from the National Institute of Fashion & Technology.

Gauri Khan is an Indian film Producer and Designer as she designed spaces for high-profile stars such as Mukesh Ambani, Roberto Cavalli, Ralph Lauren and also for some bollywood stars like Jacqueline Fernandez, Siddharth Malhotra and Karan Johar.

Gauri is the co-founder and co-chairperson of film production company Red Chillies Entertainment which was previously used to be Dreamz Unlimited.

She is declared as the most stylish woman of Bollywood. She also appeared on the cover page of the famous Indian Lifestyle magazine, Vogue India, in January 2008.

The magazine called her the “first Lady of Bollywood.” She appeared again on the cover page of Vogue India along with Sussane Khan in April 2012.In 2008 both Shahrukh and Gauri appeared in a television commercial for the home furnishing Brand D’decor.

Shahrukh Khan first met Gauri khan at a party in 1984. After then they fall in love with each other. Their love story is like fairy telling. When they met each other in their familiar friend’s marriage, Shahrukh was 18 and Gauri was 14.

When Shahrukh realized this situation, Shahrukh went to Gauri and said, “Mujhe Apna Bhai Hi Samjho”(consider me your brother only). After then they started to talk. SRK fell in love with Gauri in such a way that once, they had a significant fight issue, and Gauri left the city and moved to Mumbai without informing Shahrukh.

When Shahrukh get to know about this he went to Mumbai along with his friend for search of Gauri with just a tiny amount of money. But after a lot of searches and all their money over, they couldn’t find her. His friend decided to head back to home but Shahrukh was so confident that he would find Gauri at any cost. At that very moment, Shahrukh saw Gauri at Gorai beach.

They realized the seriousness of their relationship and decided to get married. But that was not easy for them as they belong to two different religions. They had tried to convince their parents but finally, they gave up and in 1991 they both get married.

The couple married on 25 October 1991 in a traditional Hindu wedding ceremony. Shahrukh Khan declared in many interviews that Gauri Khan is the lucky girl for him as the time she appeared in his life everything went fluently and he got beyond expected success in his life.

Suhana is studying in a school of drama and acting at NYU’s Tisch School of Arts for education. She also served as assistant director in Shahrukh Khan’s movie “Zero”. Suhana made her acting debut in a short film “The Grey Part of Blue” in November 2019.

3 thoughts on “Shahrukh Khan Wife: Do you know this interesting facts about Gauri Khan”