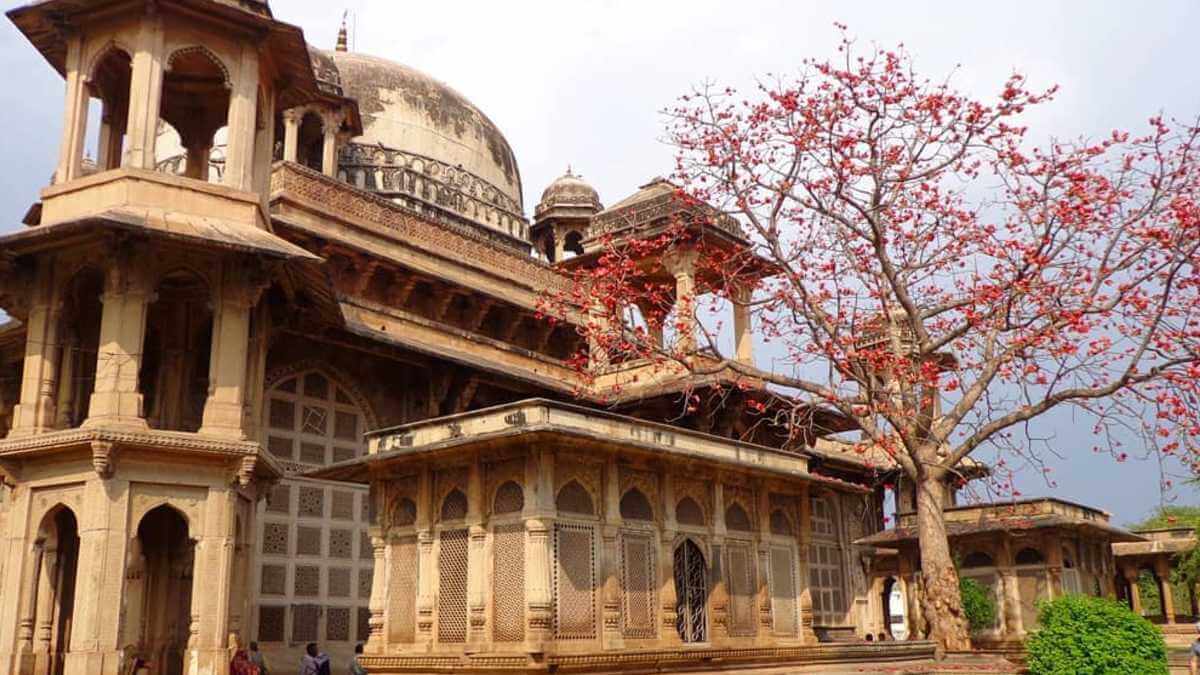 Tomb of Tansen: Tansen known as the father of Indian Classical Music as Tansen is a famous Hindustani Musical Artist whose original name was Ramtanu Pandey, born on 1493 and died on 26th of April 1589 at the age of 95. He was born in Gwalior, Madhya Pradesh but died in Agra, Delhi.

Tansen is one of the best jewels of Mughal Emperor Akbar’s Navratnas. Tansen got this fame because legend says that Tansen’s Sur and Raag can make rains, can light up candles and can enchant animals and birds also.

Tomb of Tansen also known as Memorial of Tansen located in Gwalior, Madhya Pradesh, just nearest to the Tomb of his guru Muhammad Ghaus. Tansen used to follow the path of Muhammad Ghaus as he was the teacher of Tansen. Muhammad Ghaus taught him several Hindustani Musics, Raagas and Classical Music. The place is known as cultural heritage and famous mausoleum.

The mausoleum is surrounded with gardens seems like a living cultural heritage of Gwalior. Every year in the month of November and December a national level competition Tansen festival held over there for the musicians from the entire World. Many famous personalities come from all over the World and gave awesome performance which is completely dedicated to Tansen and his Guru Muhammad Ghaus.

Entry is completely free in every day of the year. There are no any entrance charges to explore in each side of the mausoleum.

How to Reach Tomb of Tansen

By Airways: – The nearest airport is MaharajpurAirforce Base Airport.

By Railways: – The nearest railway station is Gwalior Junction as it is just 3 kilometers away from it.

Bus: – Many local buses and private buses run through this route because the place is in a centre point.

The most prominent attractions of Gwalior famous for Hindustani Musical history and architecture. Tansen ka Maqbara is a peaceful and beautiful place to visit. Every year on the occasion of birth anniversary of Tansen, in the month of Navember and December, a Tansen festival celebrated over there, musicians came over there to show their talents in the field of music.

He buried nearest to his guru Muhammad Ghaus. The burial site is a beautiful place as its architecture is different and awesome. It’ll take approximate 1 to 2 hours to explore over that entire incredible architecture place. Many interesting historical sites also available just nearest to the mausoleum, if you have a enough time you can explore that places in less time duration.

7 thoughts on “Tomb of Tansen: Legend Tombs Located Together another is Tomb”