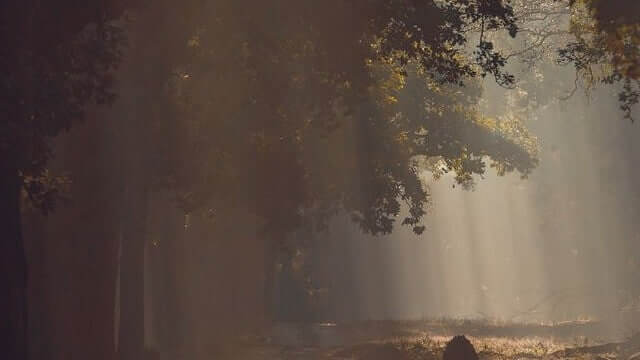 Best Time To Visit India: India is a very big country having an awesome snow-capped mountains to palm-fringed tropical beaches with different weathers in different regions. So, finding which season best suits you can be read this in brief.

It is a country where anyone can experience how busy, populated, and incredible this place is. If you visit this incredible country, you will witness colourful cities, festivals and also the crowds as this country hold 1.380 billion people living with diverse cultures, traditions, languages with beutiful lives.

If you know the best time to visit India, you can surely get a stunning sight of this beautiful country without much crowd and trouble.

The best time to visit India is during the cool and dry season between October and March. At this time, India experiences the autumn and winter season, giving you calm, cool, and steady weather so that you can explore comfortably.

The time you shouldn’t choose is summers and monsoon as these two weather in India is most terrible. Summer in India can be scorching, and you always get news of flood in the monsoon; perhaps you wouldn’t wish to get stuck in one of a flood.

If you are going to visit the Himalayan in the monsoon, it’s as cautious as landslides are common in this place, making the entire valley cut off for weeks.

In the winter season, the Northern part of India experience temperature less than 2-4 °C, eventually in India’s north and northwest areas. Discussing about Delhi, neither the winter nor the summer is explorable; your planning of visit may ruin by the chill winds blowing off the snowfields of Himalayan. Delhi capital of India, is such a place where it goes through the worst smog event in winter due to its high air pollution level.

The months like November, December, and January are known as the tourist season of India as these months encounter more tourists than other months. The autumn and winter days make several places like coastal areas dry and blessed with calm weather.

The two best months for visiting here is either November or February. This two month has balanced warm and chill weather, which means you can travel anywhere and can get pleasure

from places like coastal areas of Goa, Kerala also you can take a beautiful ride to the backwaters of Kerala. You can visit various waterfalls, deserts in Rajasthan and India’s most prefered beach, Goa’s Beach at this season.

Best Time To Visit India: Summers starts in India from mid-March and lasts till June. This season is full of humid and scorching heat, making it difficult to move around. So, try to avoid moving to the coastal areas as some of the resorts closes during the summer season.

It’s better to travel to the countryside of Tamil Nadu and Kerala since these places have warm but comfortable weather, which allows you to swim on the beaches of South India most of the year. Most of the tourists depart from the heavy settlement and visit the hill stations of Manali, Shimla,

Ladakh, etc. The natural scenic beauty, culture and snow-capped mountain give you a stunning look and hypnotise you with no end. You will find lots of things to do here, including paragliding, camping, trekking and bike riding to the mountains.

Some of the areas try to escape from the monsoon’s humidity and rainfall, leading to a price drop in various resorts and flight booking.

Spring and Autumn Season for Visiting

Best Time To Visit India: This season starts from mid-February and lasts till April in India. During this time, the peak temperature is 32 °C. This season is considered the best and beautiful season of the country, which means it is a top season for exploring India’s wildlife and national parks, for example, Gir, Kaziranga and Ranthambore.

Autumn is the season when tourist starts visiting attractions of India. That means you get a lot of visitors near the tourist attraction and popular sites. Your journey would be a little crowded at this time. Popular places like the Taj Mahal, Goa beach, Delhi will be full of tourists at this time.

One thing you should note that do not plan a trip in the month of June, July, August, and September as these months experience heavy rainfall, which starts from the Southern region of the country to the Northward direction.

Best Time to Visit in India According to Price

According to the research conducted by The Economic Times, the cheapest month to fly to India is February. February offers you to save up to 18% on air travel and 15% more if you book flight tickets around seven and a half months before travelling.

So, the overall best time to visit India lies between the month of October to March. Because most people don’t prefer travelling while studying and working, you can travel more comfortably in these seasons of autumn, spring and winter than the other times of the year.

October to March is the best time to visit India for the price and the weather. The majority of the tourist have left India during this time, making you easier to take a trip.

India is a country where the majority of the cities never sleep and some kind of activities always occurring. From the bone-chilling Ladakh to the attention-grabbing Backwaters of Kerala, India has a lot to give to travellers. The chaotic centre of the city is filled with markets, temples and shops. India is a great country for travellers.

2 thoughts on “Best Time To Visit India: After Reading This You Must Plan”