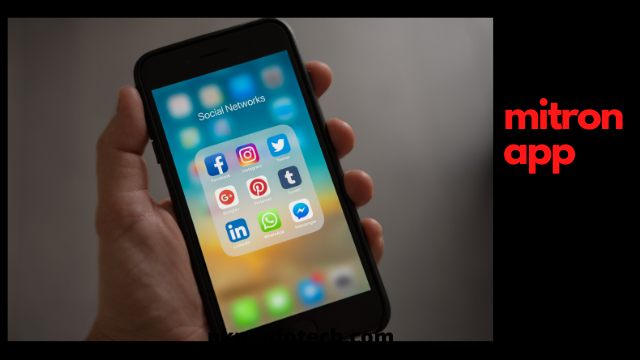 Mitron App is a free app, which is now available in a Play store, it is a social platform where you can make short videos and share it online,

its interface is easy to use for users, you can easily edit and share your videos and at the same time you can browse its all library across the globe.

This app is just like Tik Tok. Mitron app is just designed to replace Tik Tok with an Indian app, as mitron App is completely an Indian App and made for a good change.

An Indian has designed this app whose name is Shivank Agarwal, he is an IIT Roorkee student and he is the developer of that app, so this is completely an Indian app.This app becomes the second most downloaded Indian app in the Play store. Within a few days this app crossed 5 Million downloads.

This app has grown really fast. Its overall rating is 4.7 stars. This app is launched to replace Chinese app Tik Tok which is in controversies these days.

You can download this app through play store, it is available for every platform, you can easily download it in your android phone or Apple iphone, the download link for this app will be provided in the bottom of this page.

After downloading this app you’ll have to create your account first, then you can make your own videos with different options.So now I am going to tell you every important steps to download this app:

Step 1. First go to the play store in your mobile phone

Step 2. Click on the search tab and type “Mitron”

Step 4. Accept all term & conditions and Install it.

In a simple language we can say that Tik Tok is a Chinese app but Mitron App is an Indian App, as Tik Tok also take lots of controversies during lock down in India and its rating get down day by day in Play store.

So as same features we got in Mitron App like Tiktok, it’s really simple in use where you can explore your talent of acting, singing, dancing and comedy.

Support the Nation and use now Mitron App instead of Tik Tok App. Miton App is launched by an Indian company Shop killer ecommerce. Here you can see also other persons new videos and you can make the same with your intelligence, talent and skill, so enjoy this app and replace Tik Tok as soon as possible.

Is Mitron App Safe to Use

Yes, of course this app is totally secured as I told you first that it is invented by Indian IIT student under the circumstances of our great Government, so yes without any doubt this app is totally safe to use and 100 % trustable..Now Indian have habit to use Tik Tok app but in upcoming days damn sure Mitron App will replace tiktok and get 5 star in Play store soon.

3 thoughts on “What is Mitron App”