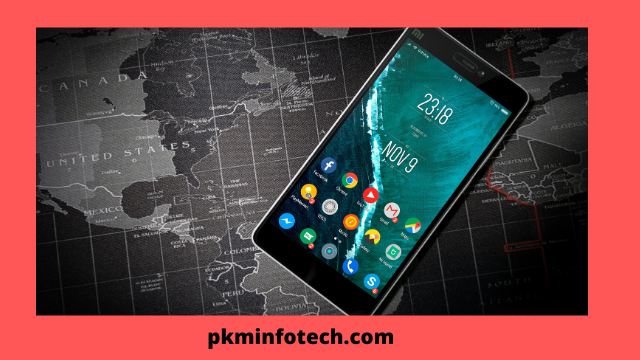 Best Android Phone Under 12000: If someone says about Android phone the first thing that reaches our mind is only android phone means touch screen phone but today I am going to tell you the exact meaning of Android.

Android is a mobile operating system based on modified version of the Linux kernel and other open source software, designed primarily for touch screen mobile devices such as smart phones and tablets. Android is developed by a consortium of developers known as the open handset alliance

and commercially sponsored by Google. It was unveiled in 2007, with the first commercial android device launched in September 2008.

Best Android Phone Under 12000: Now we all have a interest in Smart phones because of their features and specification view point, but first we all have to think about budget, which must be affordable and looks like expensive. So these days even affordable android phones come with all of the features which including high resolution

screens, will cameras, finger print sensors and 4G connectivity. So here I am going to tell you about best phones which are available under 10000 easily in the market and on Online websites Amazon & Flipkart. Even some recent launches also available now online  that is Realme 3, some of best options also available that is Asus, Nokia, Honor, Lenovo and Infinix.

Realme C3 is a smartphone which is available in budget just in Rs. 7990/-. This phone is available in two colours that is frozen blue and blazing red. It display measures in 6.5 inches. The battery is 5000 mAh. The base variant has 32 GB RAM & 32 GB of storage while the other variant has 4 GB RAM

and 64 GB of storage. It is a dual SIM device and can support 4G as well as VoLTE on both SIM slots. On back it has a dual camera support with 12 megapixel camera and a 2 megapixel of depth sensor.

The Realme 5 have crystal pattern in back and the phone is little heavy at nearly 200g and features a big 6.5-inch HD+ display. The colours and brightness are still quite good, has a slot on the side for two Nano-SIM cards and a dedicated slot for a microSD card. The Realme 5 has a 5000mAh battery, which easily lasts for a day and half or even more on one charge.

The Realme 5 has four cameras at the back, it has a simple looking interface, it has 4GB of RAM and 128GB of storage. It’s gaming performance is good and it doesn’t get heat up too much.

It runs on ColorOS 6.0.1, which features a flatter and simpler looking interface, closer to stock Android 9 Pie. You get a bunch of cutomosation options too such as gestures and shortcuts. The phone is powered by a Snapdragon 665 SoC and comes in three varaints. The top-end version which we reviewed has 4GB of RAM and 128GB of storage.

App and gaming performance is good and the phone doesn’t heat up too much. . Overall, the Realme 5’s base variant (3GB of RAM, 32GB of storage) offers the best value at Rs. 9,999/- but even the 128GB version at Rs. 11,999/- is still good value, considering the overall package.

This phone is available in a black colour display with 5 inches, 540 x 960 pixels resolution and 16M color support. It have 8 MP Reatr Camera and 5 MP front camera. Available at a price of Rs. 6000/-.