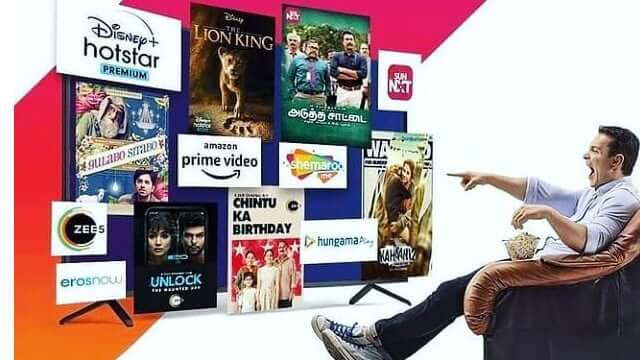 DTH connections means “direct to home” where you can see lots of channels just streaming in your home sitting. Subscribers can receive direct signals from the satellite with high quality.

In India, approximate 70.26 million paid active subscribers, so India is one of the largest user of DTH connections. Their are lots of competitors in the market who tried to provide best, cheapest, attractive and quality based services. Users got attract according to their needs.

Telecom Regulatory Authority of India (TRAI) issued Telecommunication (Broadcasting and Cable Services) for Interconnection with fourth amendment, that service providers of DTH connections will have to follow TRAI Rules and la carte (la carte pay programme is a programme where customers can choose or pick any of their desired channel and can pay only for those channels which was chosen by customers, so there is no need to pay extra charges for those channels which are unused for them).

So every DTH service providers issued lots of Bouquet Plan for the customers where customers get lots of discounts and offers. Providers also launched their own apps which makes consumers comfortable to choose and pay online according to their need. It is the basic terms that customers got attracted by them.

Benefits to Get Best DTH Services

If you want to install DTH services than service providers can give you Set-Up box, antennae, installation, channel bundles, other accessories and customer support services also.

So before installing set-up box connections at your home please make sure that which connection is better and beneficial for you according to your budget.

It categorized in four parts for your best experience of DTH Services.

It is connected by HDMI Cable with your monitor or television where you want, after connection your normal screen on TV will become android clear glassy screen. With the help of this set-up box and internet you can available to use and see OTT (Over the top media services) such as Netflix, Amazon Prime Videos, Sony Live, YouTube and many more to explore.

It includes much more comfortable apps which is, Bluetooth, Hot spot, Wi-Fi, Voice remote and google assistant too.

If you want to install this setup box then you are available to see 4K HD channels.

It stands for Standard definition as if you want to install that setup box then you are avail to see normal screen.

Here’s the List of Cheapest DTH Service providers in India

In Indian direct broadcast satellite programme operated by Zee group. It was first launched in 2nd of October 2003 on the day of Mahatma Gandhi Jayanti. The CEO of Dish TV is Anil Dua. One of the top most best service provider as it tried to give their services in the small villages of India as well.

In this generation many more companies preferred only big cities for the intention of earning but Dish TV give it best services in minimum price in comparison to other service providers. It provides the facility that customer can choose channels according to their needs and can pay only for selected channels.

As well Dish TV also created a pack of combo and bouquet plan where company selected only those channels for the customers which are most likely watched by the Indian. Literally it provides the cheapest packages and cheapest rate on individual channels also.

Airtel Digital TV India’s third largest subscribed service providers. The main important thing is to know about Airtel DTH TV is it promises that it gives best picture quality services in comparison to others. It’s priority is to follow TRAI rules.

It is the best service provider of India as it is an Indian Company. It having maximum number of HD channels in comparison to other service providers. According to the survey, Indian customers mostly preferred Tata Sky for its services.

Mostly used by South Indian customers as it have maximum number of customers from south regions, because it provides South Channels in less price like in Malayalam, Kannada Tamil languages.

First got launched then it having maximum number of customers in India because it gave best services on that time. When TATA Sky arrived in the market it compete it and Videocon D2H loses customers in the market.

First demerit is it deducted money through your D2H account without giving any reason and the second demerit is it charges for all small services. When TRAI launched its new rules then Videocon D2H didn’t gave any information to their own customers.

TRAI new rules was followed by all the other service providers respectively and time to time give information to their own customers also but Videocon D2H didn’t updated anything to their customers and charged according to old packages that’s why it customers moved to other services.

Online Banking Fraud: Do You Know How Much Got Scammed Every Year

Kritika Malik: famous face got viral in the social media