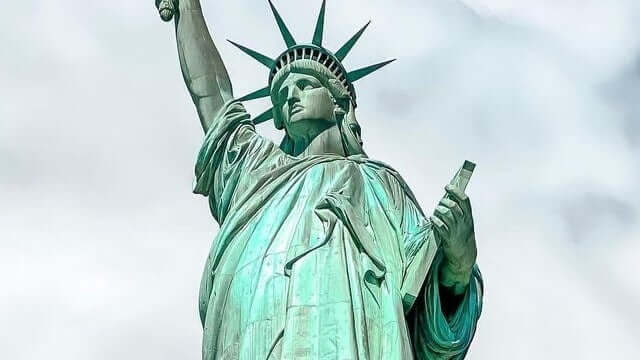 Statue of Liberty is a national monument located on Liberty Island in Upper New York Bay, off the coast of New York City, United States. This wonderful monument was architect by Richard Morris Hunt and completed in 28th of October 1886.

The Statue having a height of 93 meters (305 foot). It is a sign of freedom which enlightening the world towards democracy and freedom as it was declared a National monument in 1924. It represent a holding torch in a woman in a right hand and a tablet having a declaration date of Independence 4th of July 1776 in her left hand.

The Statue of Liberty is one of the famous landmarks of New York City as it is also famous in worldwide. It gave superb message of hope, success, trust, unity, inspiration and freedom.

Construction of the Statue of Liberty

The Statue of Liberty first built in France during 1875-1884, but later it was shipped to New York City in 1885. A French historian Eouard de Laboulaye declared a proposal for this incredible statue in 1865 and it was accepted of course but the funds were contributed by the French Citizens and construction started to begin in 1875.

The Statue constructed with copper sheets having a weight 225 tons. It shows the lifetime friendships between the two nations France and New York.

Important Facts about the Statue of Liberty

Why is the Statue of Liberty green?

The Statue of Liberty exactly made with copper which was in brown colour but due to the oxidation it seems green in colour after 1920 to till now.

It is one of the famous tourist attractions as millions of tourist visited this place and found that it is one of the most beautiful places which once at least in a life have to visit. So take this place in your bucket list and next trip must be your next vacation.

Famous Leaders of India: Freedom Fighters who Sacrificed for the Country